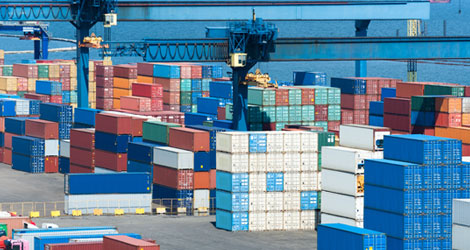 Whether you are buying or selling goods, there is always a risk that the shipment may be delayed, damaged or lost in transit.

This guide explains how to ensure appropriate insurance is in place and that you don’t assume another party has made the necessary arrangements, leaving you liable in the event of a claim. The guide looks at the different clauses in insurance contracts, contains details about finding the right policy and how to make a claim.

The importance of insuring

If you’re moving goods, insurance cover safeguards against the risk that goods may be delayed, damaged or lost.

A typical cargo insurance policy covers goods in transit via road, rail, sea or air. In its simplest form it provides cover against accidental damage and other risks. The other extreme is a comprehensive all-risk policy, covering a range of specified accidents – including damage during loading, theft and negligence.

The cost of your insurance and in which circumstances you’ll receive compensation will depend on:

Without insurance you have only the minimum protection for your goods because freight forwarders and carriers typically have limited liability in the event of loss, or damage or delay.

The consequences of not insuring your goods

Many events can occur during transit that could lose you money if you’re uninsured. For example, your hauler may be involved in an accident whereby your goods are destroyed, or your goods might be stolen. The result can be loss of profits, productivity and buyer goodwill. You can minimize the impact of such incidents on your business by being properly insured.

If you use an insurance underwriter or broker, it’s important to keep in mind some of the basic insurance principles.

This is the amount of compensation agreed by you and your insurer in case your goods are lost or damaged.

This means you must supply all relevant information about your cargo and its journey at the outset. The underwriter needs this information to calculate an appropriate premium – i.e the price of your policy.

This duty also applies to underwriters and brokers. They must inform you of any exclusion clauses in your policy – the circumstances whereby you won’t receive compensation – so always read the small print of the policy document.

Duty to act as though uninsured

Arranging insurance for your cargo doesn’t mean you can neglect your normal duty of care regarding its transportation. You should act to minimise the chance of a payout by:

You must be able to demonstrate an insurable interest in your goods in order to trigger any policy you take out on them. This means you’ll either benefit financially from their safe arrival or you’ll lose out in the event of loss, delay or damage. The point at which the insurable interest passes from supplier to buyer is determined by the sale of contract used.

The terms of sale agreed in a commercial transaction outline who is responsible for the cost of goods being transported. In other words, they clarify to what extent the buyer or seller pays for:

The terms also cover how the risk of loss or damage to the goods will be managed. They specify cargo delivery points and at what point the risk is transferred from one party to another.

The most commonly used terms for delivery in an international sales contract are those found in Incoterms. For detailed information, see our guide to International Commercial Contracts – Incoterms.
There are two Incoterms that require the seller to take out insurance for the benefit of the buyer:

You can cover the risk of loss or damage to your goods with insurance. This can cover the whole journey – over land as well as sea. In addition to a basic contract form, various clauses can be added to provide coverage that best suits your business needs and trading patterns

These provide the most coverage to traders at the highest premium (price). They cover practically all risks – except, for example, wars and strikes. These can, however, be reinstated by including appropriate clauses.
Similar clauses are used for movement of goods by air.

Institute ‘B’ and ‘C’ clauses

These provide coverage for a number of risks on a ‘reasonably attributable’ basis – meaning responsibility for damage or loss can be reasonably attributed to a particular party. Less coverage is provided under the ‘C’ clauses, but the price is lower.

A standard insurance policy covers claims under general average. This applies when some cargo is lost or damaged through efforts to salvage a ship in distress. It provides for all cargo owners to collectively compensate whoever of them loses out in such circumstances.

Acts of God and acts of war

Under international law, transport carriers aren’t liable for acts of God, i.e. unforeseen acts of nature such as lightning – or acts of war or civil unrest. Piracy, which is very common in some waters, is also considered an act of war. If you send goods to a region where piracy is common, it would be prudent to consider additional coverage.

Acts of terrorism are usually excluded – cover has to be bought for an additional premium.

Some policies include either an excess or franchise clause. Excess represents a predetermined amount that is deducted from a claim and is used to discourage irresponsible, malicious and small claims. Franchise means a percentage of the value of a loss, below which no payment is made but above which total compensation is paid.

Many shippers use freight forwarding companies. As well as transporting goods to and from specified locations, freight-forwarding includes booking the movement of goods, storage and customs clearance activity.
Freight forwarders, by applying their STC, usually have limited liability for any claim for loss or damage to goods while in their care. When other parties (such as shipping lines, airlines or truck operators) are entrusted to complete all or part of the transportation movement and where a combined transport waybill or bill of lading is used, the exporter agrees in turn to accept these operators’ STC, which override those set by the freight forwarder. So it is important that you read the STC of both the freight forwarder and the transport operator. Once you have chosen a freight forwarder, you should receive or ask for a copy of the Canadian International Freight Forwarders Association (CIIFA) STC as soon as possible.

It’s often difficult to prove that liability for a mishap lies with a freight forwarder (it could be the responsibility of any party across the supply chain) and, even if it does, the forwarder’s liability will be limited. It is therefore advisable to arrange separate cargo insurance. Many forwarders will offer to act as a broker in obtaining this. They can be instructed to make insurance arrangements at any time, but preferably prior to booking the shipment.

The shipper must takes out insurance before any claims.
In the event of damage or loss to goods in transit, the consignee (or buyer) should follow these guidelines:

The consignee should then file a letter of claim with the freight forwarder or carrier – this should include:

At the same time, the consignee should send full details of the claim to the insurer (through the seller, if you’re using the Incoterms – CIF or CIP – this should include:

A similar procedure should be followed by the seller if, under the terms of sale, they carried the risk at the time of loss or damage. 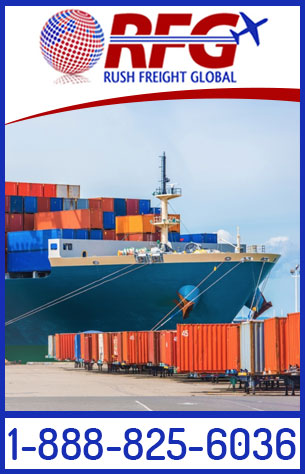 Rush Freight Global
GET A QUOTE
SEND MESSAGE
×
Thank You. We will contact you as soon as possible.